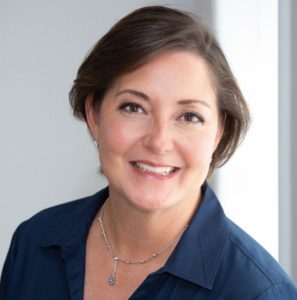 CarterBaldwin Executive Search, together with Cox Enterprises, Inc., announces the naming of Marny Ridling as the next vice president of Cox Talent Acquisition (CTA). In this role, Marny will lead all CTA areas, including early career, sourcing, recruitment, candidate experience and third-party search. She will report to Karen Bennett, executive vice president and chief people officer for Cox Enterprises.

Marny began her career in business development and operations before moving into human resources. She joins Cox from Warner Brothers Discovery (NASDAQ: WBD) (formerly Turner Broadcasting System and WarnerMedia), where she spent more than 25 years in various human resources roles. Most recently, she served as executive director for talent acquisition and head of global talent sourcing. Marny brings with her an extensive skill set that includes experience in compensation, talent management, talent acquisition, and human resources business partnerships, systems, and shared services.

Marny is a Talent Marketing Board member and earned her BA in psychology at Huntingdon College.

Click here to read the full announcement by Cox Enterprises.

About Cox Enterprises, Inc.
Cox Enterprises was founded in 1898 by James M. Cox. At the age of 28, he purchased the Dayton Evening News (now the Dayton Daily News). He later served as Ohio’s governor and was the 1920 Democratic nominee for president with Franklin D. Roosevelt as his vice-presidential running mate. After Governor Cox lost the election, he decided to focus on expanding his business across industries and locations. Today, Cox Enterprises is a global company with 50,000 employees and $20 billion in revenue. Cox remains a values-driven private corporation that can invest in long-term growth and is proud of its four-generation family leadership. Through their major divisions—Cox Communications and Cox Automotive —they lead in the communications and automotive industries. Their widely recognized national brands include Autotrader, Kelley Blue Book, and Cox Homelife.