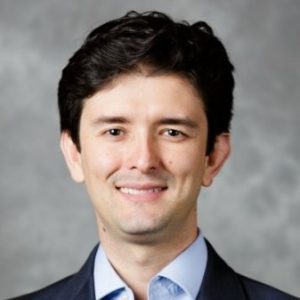 CarterBaldwin Executive Search, together with Mohawk Industries (NYSE: MHK) is pleased to announce Alexandre (Alex) Munhoz has been named Vice President of Finance for the North America Residential and Shared Services Division.

Alex joins Mohawk Industries from Apex Tool Group, a Bain Capital portfolio company, where he served as Global Vice President and CFO of the North American Global Power Tools Division and Interim General Manager for South America. Prior to Apex Tool, Alex spent 14 years in finance positions at Nestle in Brazil, Mexico, and Portugal where he restructured the global business and standardized financial processes across Latin America.

A Brazilian native, Alex attended the University Sao Paulo, specializing in Business Administration, and earned his MBA from the University of Pittsburgh. His native language is Portuguese, but he is also fluent in Spanish, Italian, and English.

About Mohawk Industries:
Mohawk manufactures in 19 countries, sells in over 170 countries and has revenues of almost $10 billion, earning it #315 on Fortune’s annual 500 list. During the past decade, Mohawk Industries has transformed its business from an American carpet manufacturer into the world’s largest flooring company with operations in Australia, Brazil, Canada, China, Europe, India, Malaysia, Mexico, Russia, and the United States. Mohawk’s more than thirty brands are among the most recognized in the industry and include American Olean, Daltile, Durkan, Karastan, Marazzi, Mohawk, Mohawk Home, Pergo, and Quick-Step.