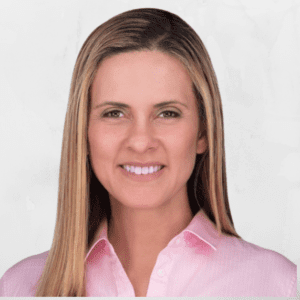 CarterBaldwin Executive Search is proud to partner again with Brenntag Global, the global market leader in chemical & ingredient products and value-added services, in the announcement of Ana Eisenhauer as President, Brenntag Essentials Northeast.

Ana joins Brenntag from TRC Companies (NYSE: TRR), where she was Senior Vice President, Commercial Operations and played a key role in the company’s doubling in growth during her tenure. Prior to TRC, Ana was Director of Marketing and Strategy, Technology and Consulting at KBR, Inc. (NYSE: KBR). She began her career at Dow Chemical (NYSE: DOW) as a production engineer and ultimately landing as Global Strategic Marketing Leader for the Refining and Power Generation division.

Born and raised in Brazil, Ana earned her BA in chemical engineering from Universidad Federal de Pernambuco and her MBA from the University of Texas at Austin.

About Brenntag Global
Headquartered in Germany, Brenntag is the global market leader in chemical distribution, operating a global network of more than 670 locations in 77 countries. The company manages complex supply chains for both chemical manufacturers and customers by simplifying market access to thousands of products and services, combining a global network with outstanding local execution. For manufacturers and customers alike, Brenntag is the industry’s most effective and preferred chemical distribution channel.