Mt. Pisgah Christian School Names Chris Harmon as its Next Head of School 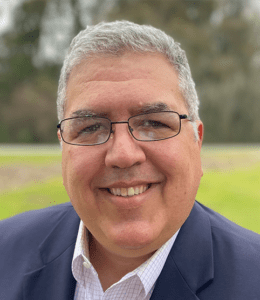 After an extensive, nationwide search led by CarterBaldwin Executive Search, the Mount Pisgah Christian School Board of Trustees is excited to introduce Dr. Chris Harmon as its next Head of School.

Harmon is an experienced leader in Christian education who is well-equipped to position the school for long-term success, having served over 20 years as a Head of School, most recently at Savannah Christian Preparatory School, and formerly at Legacy Christian Academy in Texas and Merritt Island Christian School in Florida.

“I can think of no one who is better prepared and suited to fill the role of Head of School at Mount Pisgah than my 15-year friend and professional colleague, Dr. Chris Harmon,” said Dr. David Tilley, MPCS Interim Head of School. “He has served successfully in this role at three Christian schools over 20 years and is a God-honoring leader who possesses the intellectual acumen, skills, and style that is needed to take MPCS to the next level.”

Harmon earned his EdD from George Fox University, his MS in Management and Administration from Nova Southeastern University and his BA in Communication from Palm Beach Atlantic University. He is one of only eight heads of school nationally with Head of School Certification from the Council for Educational Standards and Accountability.

About Mt Pisgah Christian School
Located in the Northeast Atlanta suburb of Johns Creek, GA, Mount Pisgah Christian School is a private, Christian K-12 school whose mission is to provide college preparatory academic excellence through a biblical lens and in a nurturing environment. The curriculum features a full array of advanced placement (AP) courses, as well as a wide range of academic classes taught by professionals who are highly skilled at bringing out the best in each student. Pisgah graduates are empowered to think critically and creatively and to act with courage and compassion, as they positively impact the world through the gospel of Jesus Christ.