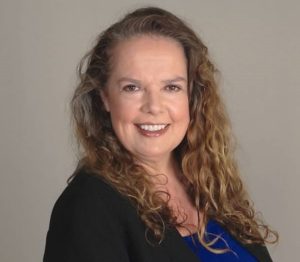 Presbyterian College announced this week that Dr. Kerry Pannell will join the College’s administration as its new provost and vice president for academic affairs.

“We eagerly anticipate the arrival of our phenomenally talented new colleague, who fully embraces PC’s history and traditions and embodies PC’s values,” said PC president Dr. Matthew vandenBerg. “Dr. Pannell prevailed in a nationwide search that attracted an exceptionally deep pool of qualified and accomplished candidates. During her visit to campus, she impressed stakeholders with her remarkable academic accomplishments, research experience, and extraordinary track record of success in advancing the academic missions of private liberal arts colleges.”

Pannell began her academic career at DePauw University in Indiana, where she taught in the department of economics and management and was named the Q.G. Noblitt Professor of Economics in 2008 before serving as dean of the faculty from 2009-12. During her tenure at DePauw, she also coordinated the Consortium for Faculty Diversity at Liberal Arts Colleges, leading efforts to increase pre- and post-doctoral fellowships for diverse graduate students interested in academic careers at liberal arts colleges. She was the recipient of the DePauw United Methodist Church Exemplary Teaching Award in 2008.

Throughout her career, Pannell has championed diversity in academia. She continues to teach and conduct research on economic pedagogy and writes on issues of higher education, immigration, and the liberal arts.

Located in Clinton, South Carolina, Presbyterian College is a private liberal arts college with an undergraduate enrollment of more than 1,000 students. It offers 30 undergraduate degrees and nine pre-professional programs including Pre-Law, Pre-Med, Pre-Theology, and Pre-Pharmacy, as well as a dual degree program in Engineering. Money magazine lists Presbyterian as the highest-ranked private institution in South Carolina in its “Best Colleges in America, Ranked by Value” and the U.S. News and World Report ranks it as one of the nation’s best liberal arts colleges for advancing social mobility. Presbyterian College is accredited by the Commission on Colleges of the Southern Association of Colleges and Schools (SACS) and is a member of the Big South Conference of NCAA Division I, fielding 17 varsity teams in 11 sports.